Give examples of good value wines from Italy south of Rome.

With my WSET Diploma Unit 3 exam looming in the not-so-distant future, I’ve been practicing writing essays on a variety of wine industry topics, and friends suggested I post them here. This question asks for examples of how Italian winemaking south of Rome has become an increasingly high-quality source for value wines.

With northern Italy and Tuscany often stealing the spotlight, it can be easy to forget about southern Italian regions like Basilicata, Calabria, and Abruzzo,❉ but thanks to international interest in Italy’s local grapes plus a new generation of winemakers dedicated to better site and clonal selection, updating wine equipment, and focusing more on low-yield quality than high quantity of production, such regions are turning out some really nice everyday values that show local character. 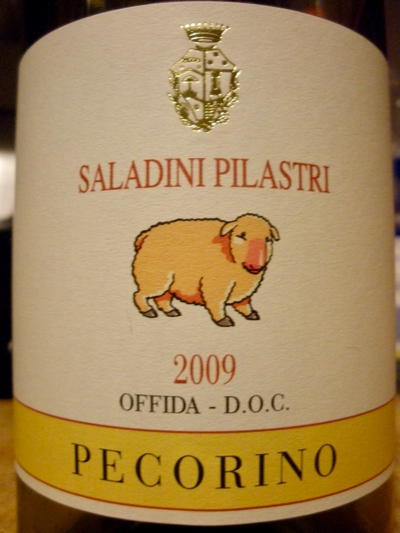 No discussion of Southern Italian wine’s quality emergence can be complete without mentions of the islands of Sardinia and Sicily, where some of the world’s most exciting wines are being made. On Sicily, where a variety of altitudes and microclimates make for diverse terroir and gentle sea breezes moderate the warm air, some of the most exciting reds are being made on the Etna volcano. With volcanic soils and ash that are well-drained and mineral-rich, and a diversity of altitudes and aspects including vineyard sites up to 800 meters on some contrade, Etna is producing expressive reds, mainly from the local grape nerello mascalese. They are light-colored but rustic with medium-plus tannins and acidity, drawing some comparisons to nebbiolo (or even Burgundian pinot noir, though I believe that comparison is more appropriate from a philosophical perspective than a structural one) and aglianico. They can be found in outstanding examples for around $20 or even under $15. Valenti makes delightful ones.

On Sardinia, where a comparatively young wine industry has historically looked as closely to Spain for influence as it has mainland Italy, a multitude of DOC and IGT designations belie the island’s quite small wine production. One of my favorite white wines from Sardinia is made from vermentino, whose origin, appropriately, has been argued to be both Italian and Spanish as well as Corsican (it’s now believed to have originated in Spain). Sardinian vermentino is refreshing, floral, and often a bit saline, with minerality and a long finish thanks to assertive acid. Its best expression is Sardinia’s only DOCG, Vermentino di Gallura. Higher-altitude versions are lighter and more delicate while lower-planted examples can be full and weighty. It typically isn’t oaked but may see some lees contact. Good examples can be found from $15 to $25.

As exciting as Italy’s islands are for wine these days, the mainland is also turning out excellent value wines. Calabria, a southern region of historically Greek influence, was pounded hard by the phylloxera epidemic and struggled to recover due to mountainous terrain that made winemaking a financial hardship. But thanks to attention from Italian wine authorities and a renewed interest among consumers around the world in Italian traditional grapes, Calabria is making better and better big and busty reds, chiefly from the local gaglioppo grape, most famously in the Cirò DOC but today in many appellations. The Mediterranean Sea moderates Calabria’s intense summer heat while its breezes minimize the risk of fungal disease, allowing for the even ripening of robust reds and even some white wines. Typical reds from Calabria can be found easily for as little as $10.

The South-Central region of Abruzzo has become synonymous, at least on the US market, with the fruity, early-drinking, and inexpensive Montepulciano d’Abruzzo, but I’d like to draw more attention to its white counterpart, Trebbiano d’Abruzzo, which has suffered tragically from its association with the much more boring Trebbiano Toscano.❉❉ This strain of the Trebbiano grape is naturally high yielding, but as with much of the rest of southern Italy, a recent focus on lower yields, better site selection, modernized cellar equipment, and replanting vineyards to optimize for the right varieties has helped improve the quality of Trebbiano d’Abruzzo wines. They can be surprisingly ageworthy occasionally, sometimes given a little oak treatment, though most is consumed young and fresh from stainless steel. The wine is full-bodied, citrusy, with some essential oil notes. A nice bottle will set you back $12-$15.

I also enjoy pecorino, a higher-acid variety found farther north that benefits on the international market from name recognition due to the popular Pecorino Romano cheese. Here, again, site selection is key: pecorino likes higher elevations and shade from direct sunlight to moderate its propensity for high alcohol. Herbs and stone fruit as well as a hint of extra (dare I say cheesy) texture make pecorino delightfully interesting for a typical cost of less than $15. Umani Ronchi Vellodoro Pecorino is a good Abruzzo example.

This is by no means an exhaustive list; check out malvasia and aglianico from Basilicata and primitivo and negroamaro in Puglia for more fun values.

❉ I’m not sure I’d consider most of Abruzzo to be geographically south of Rome, just looking at a map, but this question was a prompt from my textbook, which informs me that Abruzzo is one of the regions to be considered in one’s answer. Since Abruzzo shares many of the trends I’m discussing in this post, I’ll include it, also because I love a chance to use the cute label in the photo, which is actually from the Marche. I might be studying too hard.

❉❉ The distinction between Tuscany’s Vino Nobile di Montepulciano and Montepulciano d’Abruzzo has equally confounded many a student and customer of mine; Italian wine has many charms for markets abroad, but simplicity in naming is not one of them.