Christmas Wines from Savoie to Niagara

My family gets pretty into wine with me at Christmas, so picking out the holiday libation list is always a pleasure. This year I had the added bonus of getting to pick out whatever I wanted from my parents’ basement collection, which has grown substantially this year since I introduced them to the wines of Niagara, Ontario. 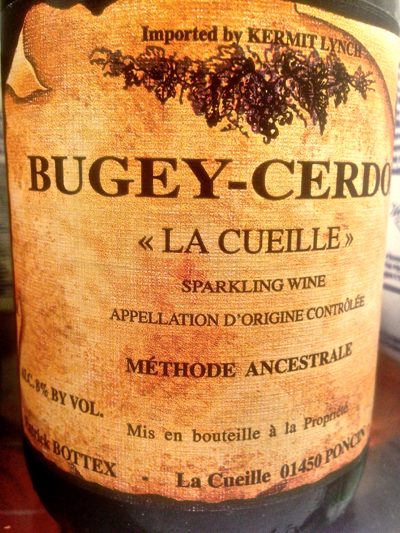 So while I did pick out an exciting South African red for my mom’s Christmas gift, the 2012 Botmaskop from Delaire Graff, we spent Christmas Eve and Christmas day knee-deep in wines much closer to home, from Vineland and Tawse.

But first, my sister and I closed off a day of last-minute shopping with sparkling wine. We picked up this particular bottle from the wine shop where I used to work, simply because my former coworkers told me I’d like it. Bugey-Cerdon “La Cueille” by producer Patrick Bottex was a stunner: ruby-pink 90 percent gamy with 10 percent poulsard, raspberry and white sugar plum on crackling mineral acidity. I had to look up the term “méthode ancestrale,” which Kermit Lynch’s website describes as a technique that may predate méthode champenoise:

“The wine first goes through a primary fermentation in cuve, but is then bottled before all of the residual sugar has converted to alcohol. After going through a secondary fermentation in the bottle for at least two months, the wine is ready––Champagne’s dosage is not permitted! The resulting wine is delightfully refreshing with bright fruit, a beautiful rosé hue, and a touch of sweetness.”

I’d buy this wine again; in fact, I believe I will, since my WSET group is pretty fond of weird sparklers.

Tawse 2012 Limestone Ridge and 2013 Quarry Road rieslings were a delight with appetizers of Saga cheese, fruit, and smoked salmon, and our guests were passing around the bottle and asking for details from my enthusiastic parents (now lifelong Tawse fans).

As we moved on to dinner, which consisted of our traditional roast beef, the Vineland 2013 and Tawse 2010 cabernet francs proved a perfect match. I love how bright and graceful these reds feel when paired with a hearty red meat, when in the tasting room they feel positively bodacious in the context of a day full of cool-climate reds, with their huge palates of blackberry supported by franc-y stone and ash. The Tawse was really showing perfectly––no surprise given its stellar vintage.