First things first: In late August I made the decision to leave Chicago and move to Oregon to work a harvest. Like most of the major life decisions I’ve made, it all came together pretty rapidly––we’re talking about a three-day window between “I should just work a harvest in Oregon” and giving notice at work––but between feeling completely disconnected from the winemaking side of the industry and nature/mountains/green spaces in general, my recently developed conviction that Oregon is making some of the most exciting wine in the world at present, and a sweet harvest gig offer that I couldn’t turn down, plus being known to enjoy a Craft Beverage and looking pretty good in flannel, I knew as soon as I signed my offer letter and made the announcement to my loved ones that this was the right decision. 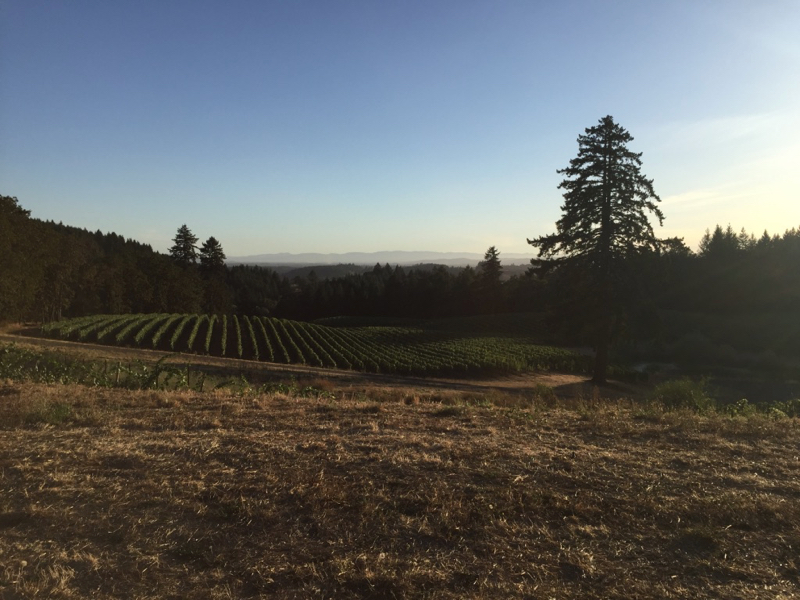 Three weeks later, I’ve remembered how to get in and out of a tank through the front door, made new friends, tasted some amazing wine, fed a llama, and am finally learning how to properly operate a forklift. Harvest officially started last week with a few tons of chardonnay and pinot noir, but thanks to a little rain and hail, which I met face to face while taking samples in the vineyards this week, I have a miraculous day off before the real work begins.

About that hail: While there was concern about some berry splitting and possible botrytis in the vineyards, our fruit generally looks good and this adverse early-harvest weather wasn’t the crisis that it would be in some of the places I’ve worked. Wildfires, too, were a huge concern from a general safety standpoint (as an asthma sufferer I had to wear a respirator outside a few times) a couple weeks ago, but I heard very little of the much-publicized concerns of “smoke taint” that made the rounds. Honestly the missed work many agriculture workers experienced due to the hazardous air quality was a much bigger concern, as they rely on that seasonal overtime pay to compensate for slower times the rest of the year.

Everything I’m learning here in Oregon is going to require multiple posts, but for now let’s just say I am extremely happy, exhausted in a good way, and more convinced than ever of Oregon’s momentum as a wine region.