After years of attempting to accumulate all the wine knowledge I can without any certification or coursework, I signed myself up for the WSET Level 3 course and exam. It’s partly because I miss being in school and partly because industry friends have spoken highly of the WSET program, but mostly because I’ve been aware for a long time that there are gaps in my knowledge big enough to drive a harvester through. 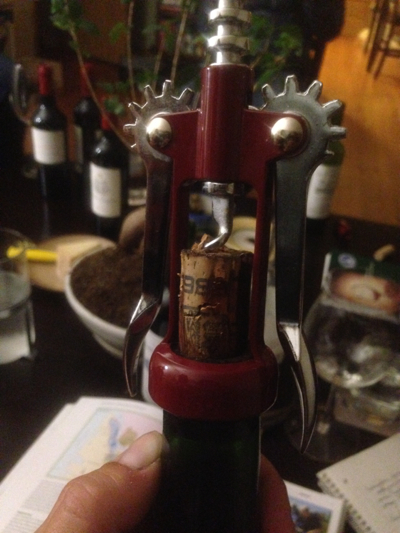 Get me going on ice wine conditions, South African Rhône-style blends, or balance in riesling, and I’ll talk your ear off. But I’m rusty at best on Spanish wines, woefully ignorant on Hungary and Romania, and seriously in need of a primer on France’s labeling and classification system.

When it comes to Bordeaux, I’ve never had the money to try most of the good ones, and the inexpensive ones haven’t piqued my interest enough to pursue more. My textbook, however, begins with Bordeaux, which reminded me that it’s the ancestral home of the wine industry and I should probably respect it with a bit more effort. I thus had the idea to recruit a small crew of wine geeks who know more than I do, and make them taste various regions with me so I can broaden my knowledge in preparation for my course in January.

This turned out to be an excellent idea. Nothing beats tasting several examples with a single common thread, like a grape or region, and absolutely nothing beats tasting with other people who are happy to share their knowledge and passion. I came away with a humbled respect for Bordeaux.

Among the highlights included an ’89 Château Bel-Air LaGrave, which at first seemed potentially over its peak but started showing cocoa powder, leather, wood shavings, and even structured fruit after a few minutes of air. From there we went to a 2004 Château Sansonnet that by comparison tasted as fresh as a daisy; the ageability of even moderate-level producers is stunning.

I wasn’t surprised that Bordeaux ages well, but I was definitely surprised at how great many of them tasted young––and even more surprised that many of the best wines of the night were in the $15–$20 price range. Château Greysac 2009, an example of both, was killer, with dirt and a rush of black currant over sexy tannins and an incredible finish.

I’ll be posting monthly on my wine studies to supplement vineyard updates and South African wine. Suffice it to say I’m getting a much-needed education.