And now we wait

I took my WSET Unit 3 exam on June 14 in South San Francisco. It was a very long day: most of us arrived outside the examination room around 8 and chatted nervously until we were allowed to take our seats sometime after 9 (I stopped looking at the clock and was just furiously checking my notes), and the blind tasting portion began sometime after 10. The tasting portion took a couple of hours, after which we broke for lunch and then came back for three hours of essay questions. By the time I got out I was ready for a drink. Fortunately a close friend in Alameda suggested we meet at a winery. Somehow I was not sick of wine by that point. Maybe I’ll never get sick of wine. 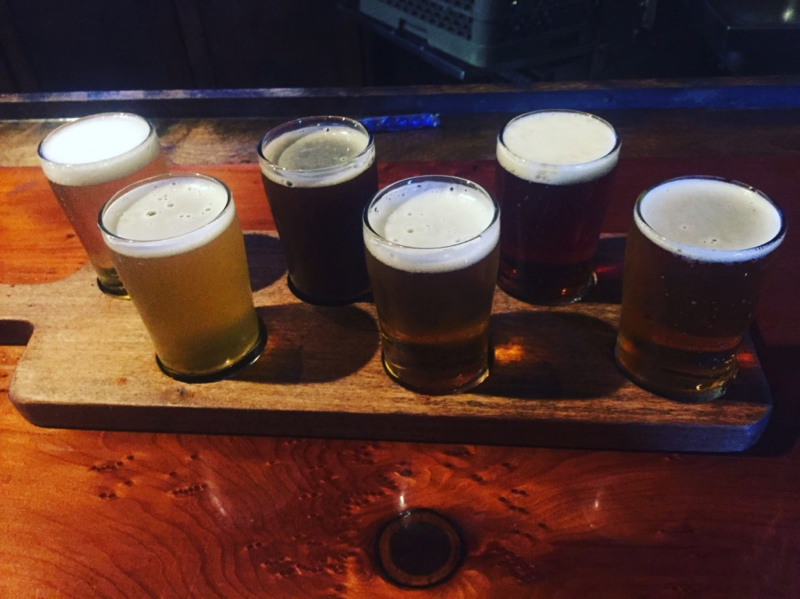 I did have a flight at a local brewery the day before the test, however.

Exam results take ten weeks to arrive, so I have to forget about this whole thing until August and just try to move on with my summer, which has been rather stressful so far for this and other reasons. I honestly don’t know if I passed, though I’m hopeful. The exam requires so much knowledge in so many different areas, and there are definitely pieces of information I should have mentioned in my essays but forgot. If I had to do the study process over again, I’d try to develop my in-depth knowledge of maybe five focus areas a bit more instead of trying to memorize hundreds of minute details. The essay questions are so much easier if the topic is an area of the world or type of wine you know really well (Alas, no South Africa questions) that I almost think it’s better to focus on depth of knowledge rather than breadth. That is, if you have to choose one. You’re supposed to do both.

The essay questions I chose were on pinot noir as a grape and why it’s difficult to grow (mandatory), Alsatian wine and why it’s hard to market to consumers (my favorite of the essay questions), weather differences in various parts of Chile, a comparison of Hunter Valley sémillon with classed-growth Graves, and a discussion of various entities in French winemaking including Michel Rolland, INAO, Tavel, and Sancerre. I was able to answer all of them, but I hope I wrote enough. I felt slightly more confident about the tasting portion, though I’ll have no idea if that’s justified for awhile; you’re graded more harshly on the quality and thoroughness of notes than on whether you can identify the wines, which could work for or against me.

Amid job changes, tough personal-life things, and working holiday retail last winter, the six-month study process for this exam has had to take a backseat in my life a few times, and I may end up paying for it. I really, really, really don’t want to have to take (and pay for) the test again, but if I have to, at least I’ll have a better idea of what to expect. And, as Adam Chase, our fearless leader, pointed out to us before the test, things could be a lot worse––we could be taking a calculus exam.*

I’m waiting on my results of Unit 3 before registering for my next three unit exams, but they will be Sparkling Wine, Fortified Wine, and Spirits, plus a paper on some aspect of the business of wine. If I complete all those successfully I’ll have my Diploma and be allowed to apply to the Master of Wine program, which is my ultimate goal. This has been a rigorous program so far, and whatever happens I’m very glad to be enrolled in Diploma. As frustratingly vast as the discipline of wine can be, the humbling gauntlet of it all is rewarding.

*I actually prefer calculus to any other mathematics because of its easy real-world applicability and fun word problems, but I’d still rather take a wine exam.