An Interview with Peter F. May

Peter F. May is a South African wine writer and author of several wine books including Pinotage: Behind the Legends of South Africa’s Own Wine. He’s also the founder of the Pinotage Club, a site dedicated to fans of pinotage around the world. Obviously, his specialty intrigued me as a fellow weird-grape lover and unapologetic pinotage fan, and he kindly agreed to an interview in which he shares his fascinating perspective and breadth of knowledge on pinotage’s best producers, its reception abroad and at home, and its various expressions around the world. 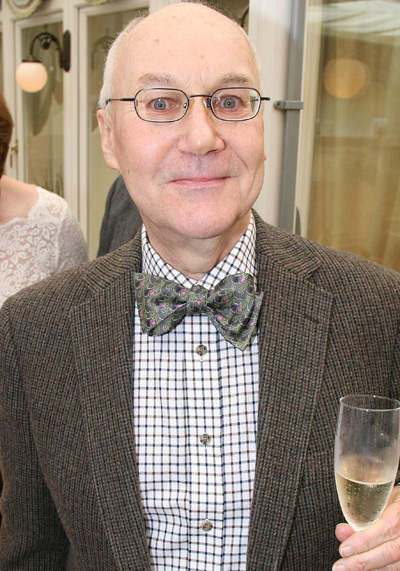 How often do you travel to the U.S.? How would you describe pinotage’s reputation there versus in South Africa?

Not often enough! I have been traveling to US since 1970s. My wife used to work for a US computer company then, and we lived awhile in Pennsylvania and we also took holidays there. I then worked for IBM so spent quite a lot of time on business in US. I have travelled to all the West and East Coast states, and altogether 32 states. I spent a lot of time in Austin, Texas, which I greatly enjoyed; we like Bar Harbor, Maine, and we really enjoyed our time in Missouri last year tasting Norton before driving to the American Wine Society conference in Sandusky, Ohio.

Ver few people in the US have any idea of pinotage. Bloggers and writers repeat what they have read about it and the same stories get repeated as if they are facts. However, give someone a glass of pinotage, tell them nothing, and they’ll judge it on its merits. Not everyone will like it. That’s because it’s a characterful wine, so some like it, some don’t. Only a wine that tastes of nothing suits everyone!

At the 2012 AWS conference in Portland, Oregon, I showed South African, Californian, and Virginian pinotages and people loved some and not all––there wasn’t a great consensus, however.

Do you travel in Europe much, and how would you describe pinotage’s reception there?

Quite a bit. I don’t really have much conversation about pinotage when I’m on holiday or business, and it’s rarer than hen’s teeth to see Pinotage on a restaurant wine list. Indeed outside major cities it’s rare to find any wines (other than Champagne) that are not from the immediate region.

What got you interested in pinotage? Can you remember the first one you ever tried?

Can’t remember the first one––probably at a wine fair in the early ’70s. I always like to drink the wines of the area where I am. When I first went to Cape winelands in 1996 I decided to concentrate on the local wine, rather than “me too” wines.

How would you describe the role of this grape in SA’s current wine industry––is it poised to play a starring role? Is it a dark horse? A supporting character?

Who can tell? Look at viognier, virtually unknown in the ’60s, grown in one tiny part of the Rhone, not even mentioned in a French government survey of grape varieties––then fashions change and it’s everywhere.

I think pinotage has a part to play. Not so long ago it seemed that grape variety was shrinking to a basic few, as even regions such as Chianti planted “international” varieties and everyone wanted cabernet, merlot, syrah, and pinot noir. Now I’m glad to see new world regions are exploring the myriad fantastic varieties from Italy and Spain and elsewhere.

What’s your take on Cape blends? Which farms are making the most exciting examples right now, in your opinion?

Windmeul has recently been making a superb 60/60 pinotage/cab Cape blend, which is world class and my current favourite, but there are many excellent ones from wineries such as Beyerskloof, Kaapzicht, Spier, Anura, and Ashbourne.

Pinotage, even when fully dry, has a sweet mouthfeel so blended with an austere variety it lifts it up and smooths off some of Pinotage’s more exuberant edges. Any blend should be, in my opinion, greater than the sum of its parts.

I just heard from Loma Prieta in Santa Cruz, CA that they have been successfully testing a blend of pinotage and petite sirah, which sounds interesting.

There’s some excellent pinotage being made in California. Loma Prieta is now the largest producer, and last year grafted over their estate pinot noir to pinotage because they can’t make enough to meet demand (at $45+). They already contract fruit from three other vineyards.

Do you see an increase in farms planting pinotage? Or is it mainly restricted to a few small farms who focus on high-quality versions, like Kanonkop?

There’s a couple of ways of measuring plantings: by hectarage or by percentage of total plantings or by number of vines. When I started the Pinotage Club in 1997 it was because it was at 2.7 percent of plantings, and declining. Now it’s 6.4 percent of vineyard area––but vineyard area has expanding massively since legal controls on plantings were dropped after democracy. It’s currently the third most planted red variety, with 16 percent of red plantings, after cab sauv (26 percent) and shiraz (23 percent).

Kanonkop is an estate, which means it can’t expand production because it can make wine only from vines planted on its own vineyard contiguous to the winery. The only way they can do so is by dropping the word “estate” from their labels. Kadette started as a blend of barrels not rated for the premium wines. However, such came the demand for this wine that they started buying in grapes so the wine is no longer an “estate” wine. Last year Kanonkop introduced a non-estate Kadette 100 percent pinotage which is about half the cost of the estate wine. Of course, the estate wine comes from one of the oldest pinotage vineyards.

What’s your favorite example of pinotage to pour for someone who claims to hate the grape?

And to appreciate any variety one needs to try several examples, but if someone says they hate pinotage and asks me to show them one, I’d pour Loma Prieta Karma Vineyard. Since it’s not South African then we remove the possibility of hostility because of where it’s made.

Loma Prieta tell me that most people who visit them have never heard of pinotage and taste it with an open mind and then love it.

Otherwise Kanonkop’s estate pinotage is the benchmark, especially with a little age, and it’s terrific wine by any measure. Windmeul and Altydedacht are immensely appealing, real charmers. The problem as always is sourcing them, and distribution in the USA is poor.

What I always liked about pinotage (like zinfandel) is there is no Old World template to copy, which means that winemakers are free to interpret it as they wish so you get different expressions of the variety.