Most of my Madison friends have in the last few months received at least one text from me to the effect of “I’m sorry, I have to bail on our plans; I’m too tired.” It’s not like me to hole up at home when there’s fun to be had, but a hard day at the vineyard takes the wind right out of my sails. Since Madison just gave up on spring completely, after several failed attempts, and went straight into summer, the heat has been an extra adjustment. 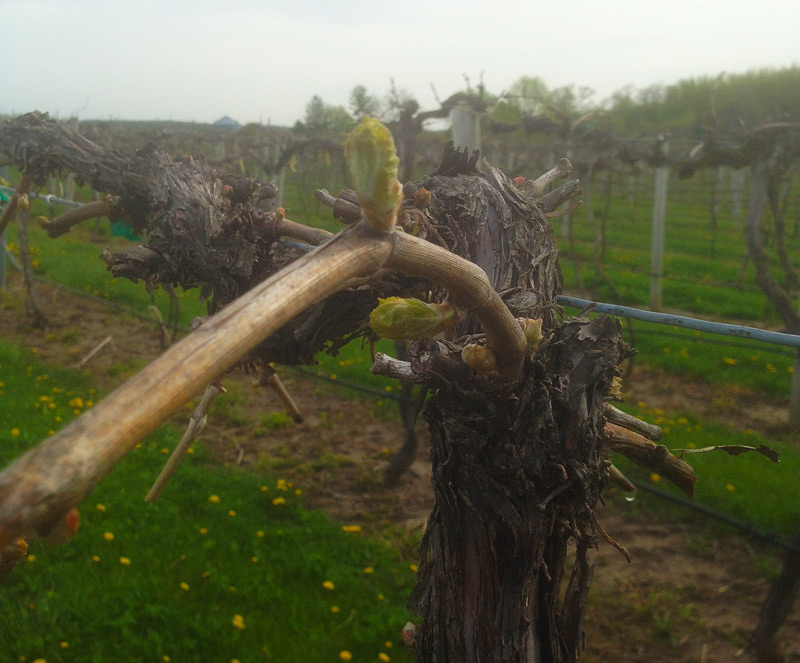 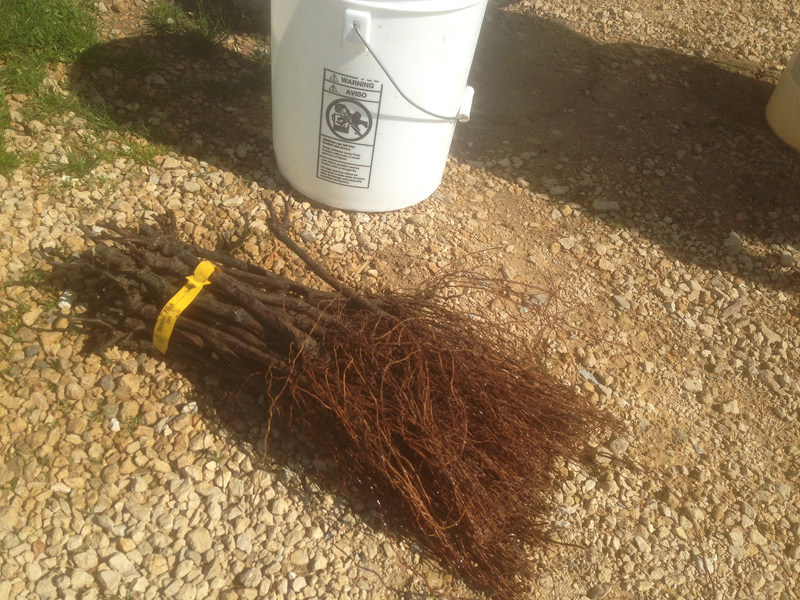 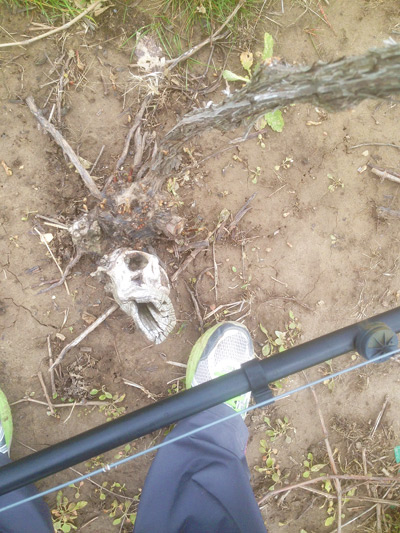 On the plus side, I haven’t needed to go to the gym as often; I get a pretty darn good workout from the vines.

The vine buds broke around May 14, and now the vineyard is resplendent with pretty, leafy buds. The last couple weeks we’ve been desuckering them––knocking buds off the parts of the vine that don’t need them, like the base and anything that isn’t a cane. We don’t want the vine to waste resources on anything but the buds that we specifically want to bear fruit. The suckers come off easily––just a flick of your fingernail or a boot will do the trick––but there are a lot of them, so it takes awhile.

We’ve also been planting more new vines, including marechal foch (pictured), and taking out some existing ones. Finally, there are repairs––fixing wires, replacing the clips on the posts that keep them in place, etc. As the vines grow, it’s becoming easier to see what canes will be viable, so we can also prune back anything dead. It’s a lot of work, and we might do five or six different tasks in one day.

You get in “the zone” while working. When I looked down and saw the image at left, I totally thought it was a skull.