Brad Paton is the winemaker at Buitenverwachting, a farm in Constantia that’s known for its sauvignon blanc but also does wonderful Bordeaux varietals––including an amazing cab franc. Paton shared his report from the 2014 harvest via email this week! 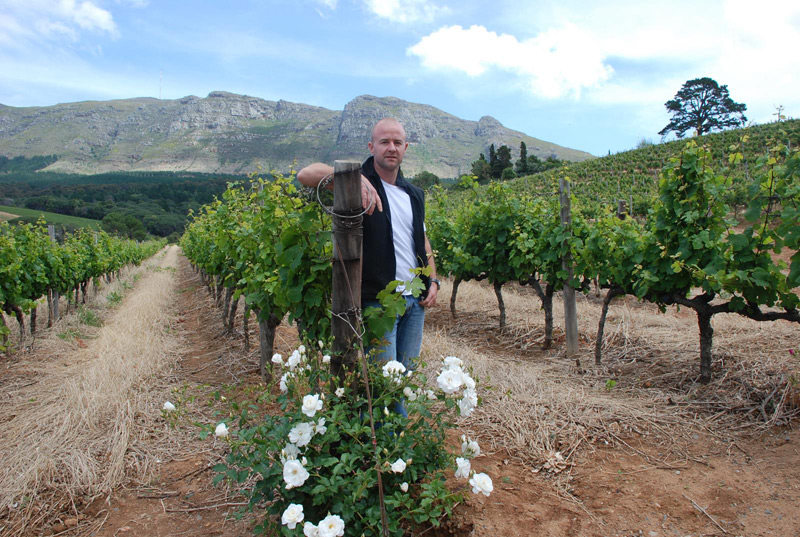 Buitenverwachting (the name means “beyond expectations” and I still have to do a few warm-ups before attempting to pronounce it) started its harvest on February 4th, which Paton says is about 7 to 10 days later than normal, and ended around April 7th as usual.

“We had a long and cold winter in 2013, which I think gave our vines enough time to get good rest,” Paton says. “This may have played a big part in our vineyards producing, on average, roughly about 40 percent more crop than in 2013.”

Paton describes the 2014 vintage as “more elegant and ‘lighter’ than the “big, fat” 2013 vintage. “The alcohols levels will most definitely be slightly lower in 2014 whites,” he adds. From what I’ve tasted Paton is definitely a winemaker who favors elegance and a certain delicacy in his wines; they never feel heavy-handed and are beautiful expressions of the Constantia region. If I had to guess I’d bet Paton drinks the wines of the Loire. He’s truly the epitome of the cool-climate winemaker I’d want to learn to be.

Asked if there’s anything he’s particularly excited about this year, Paton is enthusiastic. “Two new sauvignon blanc blocks (on some of our better soils) gave their first proper crop this year, so here I am waiting in anticipation for the outcome,” he says. Another block, a seven-year-old block on excellent soil that Paton says they’ve been struggling with to get a good crop, came through for the first time this year. “[It] finally gave us a beautifully balanced ‘yield,’ healthy fruit, and great aromatics in the grapes,” he says. “This wine, also still on the ‘mother-lees’ in the tank, is looking great! So very happy!”

Now if you’ll excuse me, I need to go and find some Buitenverwachting sauvignon blanc immediately before these cravings get completely out of control.