The Malbec Vine in Argentina

With my WSET Diploma Unit 3 exam looming in the not-so-distant future, I’ve been practicing writing essays on a variety of wine industry topics, and friends suggested I post them here. This question asked me to describe the characteristics of the malbec vine and the wines it produces in Argentina.

“If tannat is the person standing in the corner at a party, malbec is the guy who grabs the microphone and sings,” said Chilean wine writer Patricio Tapia on an episode of I’ll Drink to That! Malbec won the hearts of wine drinkers around the world in the mid to late 2000s with what is still its most famous expression: the wines of Mendoza, Argentina. 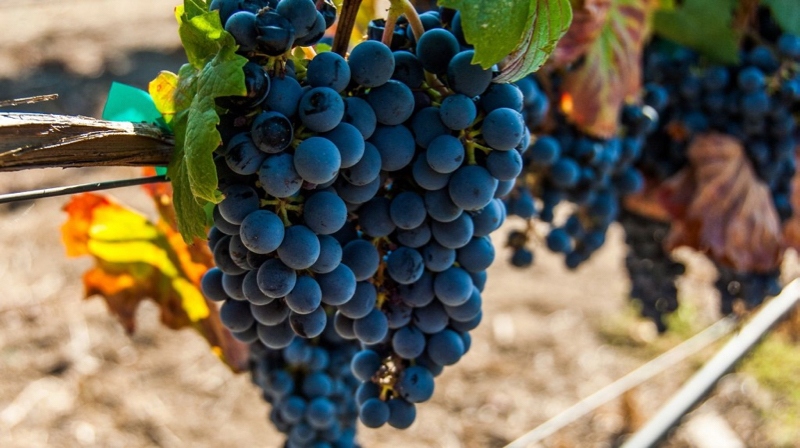 While it’s been used in France for decades, called Côt in the Southwest region of Cahors and blended into many of the great wines of Bordeaux in small quantities, malbec in the Old World is rough and tannic, a tough sell for the casual wine drinker who is likely sipping at a wine bar or on a porch rather than with a perfectly paired meal. It’s a tough sell for French growers, too, as it’s prone to coulure (uneven ripening) and tends toward low fruit sets.

Enter Argentine malbec, introduced in the 19th century but rather unloved as recently as the 1980s. In the high-altitude vineyards of Mendoza, malbec flourishes, showing off its plummy fruit notes and spice, deep color, firm tannins and full body that are still somehow velvet-soft and provide just enough muscle for the “big red” lover without overpowering a wide variety of foods.

Altitude is at the top of the marquee in Argentine wine terminology. It is the potential for high-altitude viticulture that makes a wine industry possible in a country that is mostly desert; up in the mountains, nighttime temperatures are low enough to allow grapes to ripen gently while direct daytime sunlight and high diurnal variation ensure the development of intense flavors. Coolness means malbec retains enough acidity to support its often beefy alcohol and body.

Malbec in Argentina actually looks different from the French version: the berries and bunches are smaller and more tightly compacted. The dry climate and young, sandy alluvial soils that support nearly disease-free vineyards are helpful here; tight bunches are susceptible to fungus and rot in less well-drained conditions. Because phylloxera is of minimal threat in Argentina, many malbec vines are ungrafted, and to combat the natural dryness of Argentina’s climate may receive ample irrigation (in the case of big brands that depend on a consistent, commodified crop) or, in the case of premium producers, heavily monitored drip irrigation.

A high exposure to UV radiation in Argentina helps malbec develop its firm tannins and intense color, so canopies are usually quite open to take advantage of that; this practice must be balanced with the need for netting against the occasional hailstorm. While it still takes 3 to 5 percent of crop per year, hail is not nearly as much of a threat as it once was thanks to netting and “cloud seeding”––the practice of injecting chemicals into the clouds to modify precipitation.

While producers are moving away from the high-alcohol versions of malbec that overtook retail shelves in the late 2000s and early 2010s, seeking higher-altitude sites and mineral-rich soils in pursuit of high acidity, moderate alcohol, and diverse expressions of terroir, it’s safe to say that malbec is here to stay in Argentina.