Now that South Africa’s 2014 harvest is over and the new wines are aging away in their barrels and tanks, I asked friends from a couple of my favorite wineries to report on the vintage. Muratie is a tremendous farm in the Simonsberg region of Stellenbosch that I had the pleasure of visiting in both 2010 and 2011. Director Rijk Melck, who was kind enough to show me around me on my second visit, took some time to chat with me about vintage 2014. 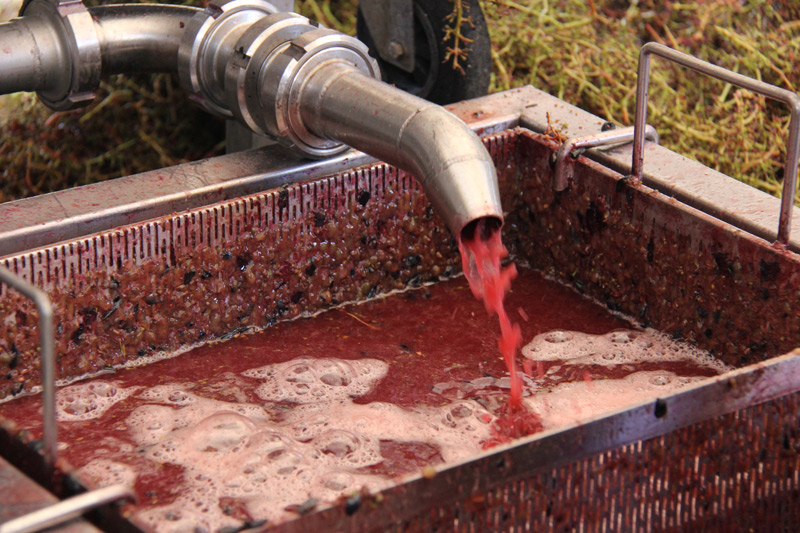 Muratie’s harvest began the second week of January and ended just 2 and a half weeks ago––they’ll be pressing their last two tanks as you read this. “Longest harvest ever for us!” Rijk tells me. “We were blessed by not having the usual East Wind that comes around in October. This had a major effect/bonus for a perfect flowering time and fruit set. I also think our winter chill units last year were perfect,” he says.

Stellenbosch certainly had an easier winter than we did here in the US. As a result, Rijk reports, “All our block performed exceptionally well, but there were two cabernet sauvignon and one shiraz block that stood a head above the rest.”

I have enjoyed Muratie’s cabernet very much in the past. When I last visited Muratie was considering discontinuing its single-varietal merlot and planning to put that fruit toward their red blend; Rijk says they ultimately decided to continue with merlot but “make it a little softer and at a different price point” from their iconic red blend, Ansela van de Caab. “Ansela remains our premium wine,” he explains. “The merlot fruit for this comes from site specific blocks on the Estate and made with more extraction.”

Rijk adds that they are continuing to pursue a more complex shiraz––no small feat considering their shiraz bottlings have been amazing in the past––and planting a small patch of mourvedre and grenache in the vineyard. Perhaps we can expect a blockbuster Rhone blend? I certainly hope so.

Asked what’s new and exciting in the cellar, Rijk tells me they are experimenting with natural yeast and post-fermentation maceration. I’ve never attempted the latter, but it’s basically leaving the fermented wine on skins rather than pressing the juice out as soon as primary fermentation is complete. Winemaker Magazine tells me this technique can improve color stability, and some winemakers prefer it to the cold soak (a practice I’ve used) because it softens the tannins.

Finally, Rijk is excited about this year’s Laurens Campher blended white, one of their wild-ferment wines, which includes 25 percent verdehlo––a grape I don’t believe I’ve seen in SA white blends. They get the verdehlo from a neighboring farmer.