This month kicked off my first-ever vineyard growing season in Wisconsin. Now that winter is finally over it’s time to wake up the vines and get them ready to bear fruit, and time for me to learn how that’s done. 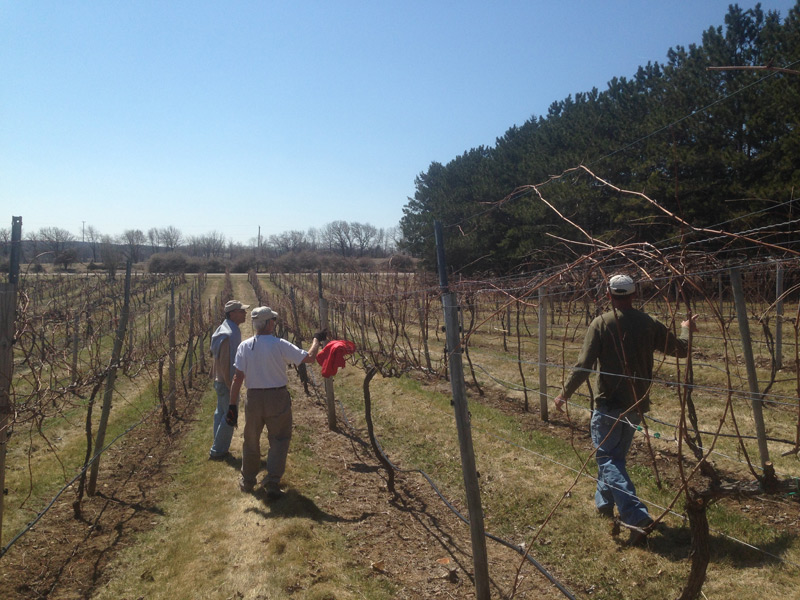 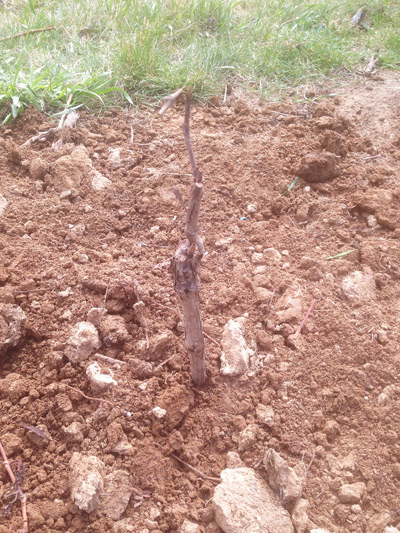 First we had to assess the damage to the vines from this brutal winter, and the overall health of the vineyard, compared to many cool-climate vineyards who lost vines to the bitter cold, made a strong argument for Dave’s outside-the-vinifera-box approach. I can’t imagine what the vineyard would have looked like if it was rows of cabernet and chardonnay instead of cold-hardy frontenac and millot.

Learning how to spur-prune back vines and prepare them for the season is pretty far outside of my comfort zone. It’s nerve-wracking to cut back so much, choosing a single cane from each node and removing the other. I was terrified I’d kill one of the vines or cut off too much and eliminate any chance of a crop, but my coworker Terry told me, “I used to be scared of that, too, but you learn that it’s actually better for the vine to lose what it doesn’t need.”

Vines, like people, benefit from an occasional culling of excesses.

I’m starting to get the hang of it, and I have to admit it’s a little bit of a rush once you’re on a roll: you’re almost playing god, deciding how the vine is going to look, who gets to stay, who must go. That said, by far my favorite spring vineyard duty is planting new vines.

Dave tries new varietals every year, this year playing with a new grape called Petite Pearl. Any new, cold-climate red wine grape that promises decent structure and tannin is worth getting excited about, so I’m looking forward to seeing how it handles the next few years.

Planting new vines reminds me of gardening with my mom when I was a kid. There’s something so satisfying about the hard work of digging, gently placing a new plant into a cozy spot, and feeling the dirt under your hands as you pat it into place. It was much-needed therapy for me, and the baby vines look happy.