What are the pros and cons of American and European appellation classification systems?

With my WSET Diploma Unit 3 exam looming in the not-so-distant future, I’ve been practicing writing essays on a variety of wine industry topics, and friends suggested I post them here. This is the driest. I promise.

Wine should always tell you something about where it’s from, even when the person drinking it has no idea it’s doing so. For members of the wine industry, if perhaps not for some consumers, the most important piece of information on a wine label is the appellation––the legally designated source of the grapes. This information can, depending on the appellation and country of origin, tell you what stylistic qualities to expect, what grape or grapes are in the wine, and what quality standards are in place for the producer. 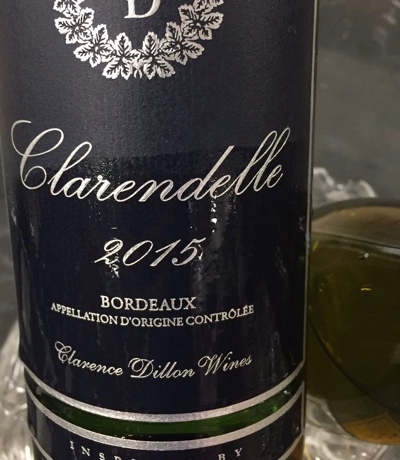 This last factor is where the American appellation, or AVA (American Viticultural Area), system differs most starkly from the European PDO (Protected Designation of Origin) system. Though they’re fairly similar in many ways, both have advantages and disadvantages.

The AVA system is young. Established in 1980, it reflects a nation that is still very much in the experimental phase with regard to what grapes succeed in what terroir. New AVAs are being introduced every year, each created according to some interested party’s demonstration of unique terroir elements that separate it from its neighbors, and existing AVA reputations reflect constantly changing trends and discoveries of successful grape varieties.

While savvy consumers may have favorite appellations, the name of that appellation on the label of a wine can only tell you so much about the wine inside. AVAs have no legal requirements with regard to yield, potential alcohol, grapes planted, or other quality factors; winemakers have complete freedom to plant whatever they want and vinify it accordingly. Consumer familiarity with various appellations varies somewhat; while the Russian River Valley, for example, enjoys a certain level of cachet for cool-climate California wines, few customers outside of New York State may be aware of the North Fork of Long Island or Niagara Escarpment AVAs at all. (They’re missing out.)

Component requirements vary by state. While the federal standard is that 75% of grapes used in the wine must come from the stated appellation, California requires 100%. As a convention, American wines typically state the grape varieties in the wine by name on the label, reflecting the American preference for single-varietal wines over blends and familiarity with grapes rather than regions. For example, you’ll often hear people say they love Sauvignon Blanc or they love Napa Valley Cabernet, but it’s less common to hear something like “I love the wines of Columbia Valley”––which would cover 30 varieties of grapes and over 11 million acres of vineyard. That last point is another strike against many AVAs for specificity: American appellations range from the tiny (i.e. Fort Ross-Seaview, with its 500-some farmable acres) to the uselessly large (Upper Mississippi River AVA encompasses four states). Customer education is necessary to parse this widely variant system, and as a result, individual brand names become much more important as an indicator of quality.

While the European PDO system has only been established in the last decade, it’s essentially unifying terminology for individual country appellation systems that have been in place legally for decades and informally for centuries. This long history means producers have both the benefit of experience as to what grows best and a certain lack of freedom to try anything else without losing the marketing benefits of labeling within the system. If you’ve heard of France’s AOC system or Italy’s DOC system, it’s essentially the same thing and producers may use either one on their label. PDO designations have quality standards that can often be quite specific: in France’s AOC system, nearly every aspect of winemaking has some sort of legal regulation, from grapes used to minimum alcohol to vineyard yields. When you see an appellation like “Sancerre” on a French label you can be assured of both the grape or grapes used (in this case, sauvignon blanc) and a certain level of quality that, in theory, justifies the price.

Consumer familiarity with the various appellations can swing considerably abroad. The American market understands major regions like Bordeaux or Chianti but the average shopper will probably not have a grasp on all of the grapes allowed in Chateauneuf-du-Pape or what makes Franciacorta different from Lambrusco. However, this is more of a reason to work on educating consumers than a knock against the system. The bigger confusion for international markets, in my opinion, is the fact that European producers can use either their national appellation system or the European one interchangeably.

European producers can also choose whether to make their wine PDO, PGI, or no designation, allowing flexibility in labeling and targeting of a variety of markets but inviting a certain amount of confusion; you can use your Toro fruit in a Toro-labeled wine that will be higher-end and more specific, or declassify it as Castilla y Leon and make it part of a more generic and price-friendly selection. While beyond the scope of most everyday wine drinkers, it’s fun for experienced wine consumers to seek out wines made from high-end fruit sources but declassified for a variety of reasons; they’re awesome values.

Like AVAs, PDOs can vary greatly in size, meaning there’s variation in how much specificity consumers are getting––and the price will usually reflect that in both cases––but there’s a little more rigor in quality standards in the PDO system the more specific you get. I like the freedom Americans have within the AVA system to include as many grapes and styles as they like and experiment, but it’s my personal opinion that some quality standards wouldn’t hurt. A wine labeled “California” tells my customers absolutely nothing about the juice inside––and while we wine educators have a lot of work to do to help folks understand what they’re getting with the PDO system, I can’t imagine a world where I couldn’t tell people to look for Albarino from Rias Baixas or Cabernet Franc from Chinon. That said, I do think the PDO system’s rigid grape requirements can limit experimentation and innovation, and it’s always interesting to see winemakers eschew it and trust the customers to decide for themselves.