What to drink when you call your damn Congresspeople

If you’ve ever talked to me on the phone, I want you to know that I was on the verge of a panic attack the second before I picked up. I can say this with confidence. I truly, deeply hate the phone, no matter who’s on the other end or what we’re talking about.

After spending years cold-calling people to ask them personal questions for a publication they may or may not like for a story that may or may not portray them favorably, you’d think I’d be used to it by now. Nope. I still experience this utter terror every time I have to make or answer a call. For my weird brain, participating in a protest or writing about deeply personal stuff to try to normalize it has nothing on the sound of a dial tone. 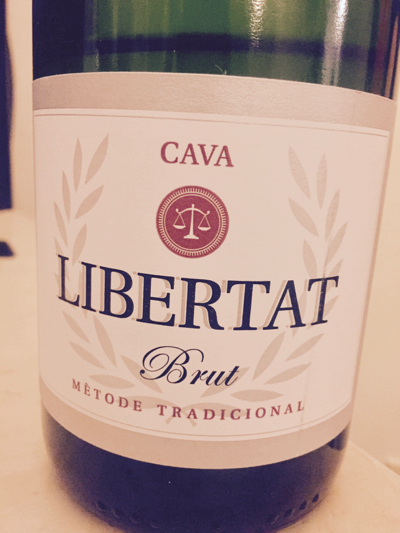 So when I tell you that I’ve been calling one of my members of Congress every weekday since January 1 to express my gratitude (Hi, Tammy Duckworth!), hopes, or disappointment over whatever issue is particularly urgent that day, I’m not trying to say it’s a big deal––in some cases it might be, while in others it’s just a matter of being one more name to an exhausted staffer on an issue that’s all but decided already––but it’s a big deal for me. One of my representatives sends letters to constituents who call updating them on how he voted. Another has really sweet office staff who always thank callers for making their voice heard. With every call it gets a little easier, and it’s one thing I can do every single day.

In the wake of some now-viral commentary by Emily Ellsworth about how to maximize your impact with your representatives, I’ve seen a lot of friends with anxiety post that they just can’t bring themselves to pick up the phone and they feel bad about it. For some people, it’s just not going to happen, and that’s okay––I hear letter writing is great too. For others, though, just a little bit of coaxing and a little liquid courage might do the trick.

Personally, you know what scares me even more than the phone? The gutting of public schools. The Trump administration. Fascism.

If you’re so inclined and just need a nudge, I highly suggest taking advantage of the inhibition removal device widely known as ethanol, and pour yourself a glass of wine while you write out or copy down some scripts for your Congress members. Have friends over. I like DailyAction and GovTrack for issue prompts. Make a plan, then make the call and treat it like you’re calling the hospital on behalf of a loved one in crisis, because that analogy isn’t far off.

Here are some good ones I’ve been drinking in the last week.

I taught my Spanish Wine class this week and remembered how much I love this apple-y, almost fluffy Cava. It’s about $15 and just the best for sipping on while you write out your talking points or, if you work in this or another crazy industry and have a weekday morning off, sit on your couch redialing your busy Senator’s number until you get through.

Script starter: “Hi, my name is Julia and I live in Chicago. I’m calling to thank Senator X for voting for Awesome Bill 3. This issue is very important to me [I might add “as a…” with any personal identifiers that apply to the situation] and I appreciate the Senator’s actions.” If the Congressperson has made an informal statement, like a tweet, I thank them for that but also add something like “I’m counting on the Senator to follow up on her statements about Awesome Bill 3 with tangible action.” If you’re feeling extra punchy: “Are you able to tell me how she’ll be voting?”

For making a polite but firm request: Occhipinti Il Frappato

Arianna Occhipinti, one of my favorite winemakers, is known for her unapologetic Sicilian grape expressions that combine earthy, mineral-driven intensity with beautiful, honest fruit. I channel her regularly when I’m trying to get a point across to a potentially hostile audience––after all, she was a proponent of the natural wine movement before it was cool.

Script starter: “Hi, I’m a Chicagoan and I’m concerned about Upcoming Vote X (if you want, list one to two brief reasons why you care about this issue). I’m calling to ask Representative Y to please vote No on this bill. My vote in 2018 will depend on it.”

For letting a representative know that you feel really strongly about something while still sounding like a serious, adult individual: Holloran Tempranillo

Oregon Tempranillo is surprisingly good when done well, and this one is super delicious with the classic leather-and-spice Tempranillo profile joining really pretty Willamette red fruit. One of my biggest obstacles when calling Congress members is getting worked up and forgetting what I want to say––so I write it out ahead of time but make sure it contains strong enough (but still polite) wording that I feel like I’m getting my voice heard. This wine’s smooth and cerebral elegance is kind of perfect for chilling out without diluting your message.

I feel obligated to mention that I don’t recommend drunk dialing your Congresspeople. And thank the staffers for their time.